Editor’s Note: This piece was completed with the support of interview notes by Rui Liu

On the day that it was released, I listened to Utada Hikaru’s newest album, Bad Mode. It opens with the title track – a blend of disco and citypop with a more relaxed mood than the genres’ usual dance-leaning sensibilities – and ends with Somewhere Near Marseilles, an effervescent and seductive house epic that is quickly becoming one of my favourite songs. It has been almost twenty years since I listened to them for the first time on the Kingdom Hearts soundtrack. Whenever I hear them, I think of staying up late on the weekend with my father – me, exploring the animated worlds, and him, taking the controller whenever we got to a boss fight.

At once, I was hit with a realization of the passage of time. Two decades have passed since my father and I beat the final boss in Kingdom Hearts. My father had jumped up in joy and I had danced around our living room, screaming silently as to not wake my slumbering grandparents upstairs. Simple and Clean played out over the final cutscene.

This is how I remember my childhood – through the voice of Utada Hikaru.

Their voice, echoing across decades, is a reminder that despite the recent meteoric rise of K-pop, East Asian people have been creating cultural products that have reached diasporic communities for generations. I study this subsection of music now for my master’s dissertation and I’ve come across countless articles that suggest that diasporic communities use music as a way of connecting to their cultures and feeling comfortable with their cultural identities. I think that is what Utada and other Asian artists were for me, even if I didn’t understand it as such.

XVK, an “Asian-pop-girl-band-artist-trio” seems to embody the image of Asian pop artists as I know them. Their website features pictures of them illuminated by brightly coloured LED lights, highlights of their music release history, a link to a quiz where you can learn which member of XVK member you are, and an embedded music video for their first single, “Cute Cute Manifesto Manifesto.”

It’s an absurd cacophony of the members, Xuan Ye, Véronique Sunatori, and Sara Kay Maston, dancing and posing against various green-screen backgrounds. I recognize some of these backgrounds – a little known K-pop music video and the transformation sequence where Tsukino Usagi turns into the warrior, Sailor Moon. These apparitions are reminders that these disparate cultural products are the things that tie together this generation of a diaspora, one whose lineup of Saturday morning cartoons were filled with Ash Ketchum, the Sailor Scouts, and Goku and who watched 480p, pixelated YouTube music videos showing their favourite boy bands and girl groups long before social media. Upon seeing them, even if I did not recognize the K-pop video at first and had to consult some friends, I felt a sense of kinship with XVK – that we were raised on the same stuff, even though our experiences with them may have differed. But these references are split second – the video flips erratically through so many images and shots that it might veer toward sensory overload, if not for the fact that there is no music playing at all. The noiselessness that echoes in XVK’s music video is not a comfortable silence but is disconcerting. In a music video, we expect to hear music, after all. But after a few moments of watching a clash of penguins hopping around a field, a collection of tree nuts, and a sunset view with rapt attention, I am struck with a deeper question – Does the music matter? 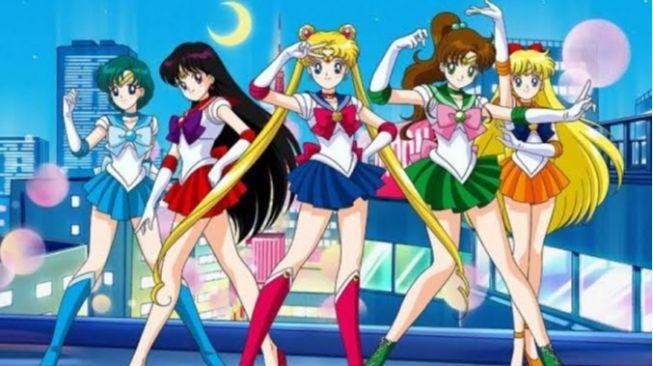 The medium is the message, says Marshall McLuhan, and if that is the case, then XVK’s usage of an idol-esque music group as a medium to deliver auditory emptiness draws attention to the fact that perhaps the music matters a lot less than one might think. With Instagram accounts boasting millions of followers, vlogging YouTube channels, paid subscription mail services, AI idols, and endorsements for anything from high fashion to fried chicken, this question is one that seems to rest at the heart of these East Asian idols. If the music doesn’t matter, then what does?

The answer to this lies with XVK too – or is at least suggested by the layout of their website. There is a large portion of the page dedicated to a profile section, wherein the members have filled in their blood types, hobbies, and more. This is a clear reference to these same types of profiles littered around the Internet for nearly every imaginable East Asian group – from mega-popular C-pop trio TF Boys to defunct late 80’s / early 90’s J-pop duo Wink. These profiles aid with the construction of the public personas of these types of performers. This is by far my favourite section of their website. I found myself reading through these profiles several times and laughing to myself at new details that I found each time. This came from a sense of recognition – I found humour in it not only because it poked fun at idol groups but because the only way that XVK would know to poke fun at these groups in this way would be if they, to some extent, had also been fans at one point. XVK’s profiles, of which some of the highlights include K’s hobby “animal networking” and X’s blood type as “ayahuasca,” seem to be poking fun at this side of the East Asian entertainment industry – the side wherein the object being sold is not a song or a music video but a well-crafted personality.

Beyond this gesture toward fan cultures is a highlighting of the rampant capitalism found in these music industries, where the commodification of intimacy, personality, and human connection is worth more than the music itself. After all, it is the opportunity for connection that causes fans to buy hundreds of copies of the same album for a chance to talk to their favourite idols for a few minutes. The CDs within these albums often remain un-played, ending up in landfills, by the side of the road, and on the shelves at underfunded schools and orphanages despite requests from these institutions and organizations for fans to stop sending albums there. For fans, the music does not seem to matter, and judging by the number of times that idols have suggested that they do not like their own songs, it seems that it doesn’t always matter for the artists either.

Here is exactly where it is most evident that the members of XVK are decidedly not the idol performers that they seem to embody. The lack of music for XV along with every other aspect of their performance art – from public appearances to Instagram personas to muted music video – is an active choice on the part of XVK. The East Asian idol music industry, on the other hand, is under constant criticism for the high degree of control that their performers live under – being forced to live in dorms with their groupmates, dating bans, and even ‘slave’ contracts. XVK in contrast do whatever they want, in whichever way they would like to. 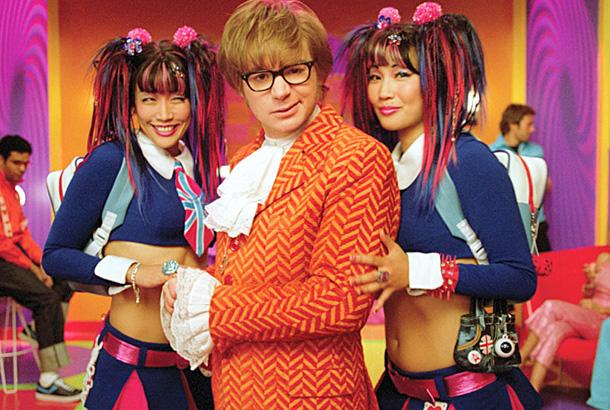 But in other ways, this controlled playfulness with which XVK navigate this exploration of medium is complicated exactly by the object with which XVK is playing with – the audience’s expectation of what we expect East Asian women to do, look like, and behave and most importantly, how we as audience members expect to consume them in a Western, largely white, and patriarchal context.

Within a Western cultural sphere, East Asian women are often perceived in terms of tropes rather than people – as caricatures engrained in the Western cultural imagination. Depending on the person experiencing XVK’s performance art, they may have varying degrees of awareness in their reception of XVK – focalizing them through damaging stereotypes of sexuality and submissiveness. This is something the members of XVK seem acutely aware of, as they have seen clear differences in audience reception when they are presented as performance artists in art-focused audiences versus when they play into their girl-band façade. Individuals who were unaware that it was performance art really did fetishize them. In this sense, has the art in question made its point effectively? Or does it only come across as perpetuating these stereotypes? 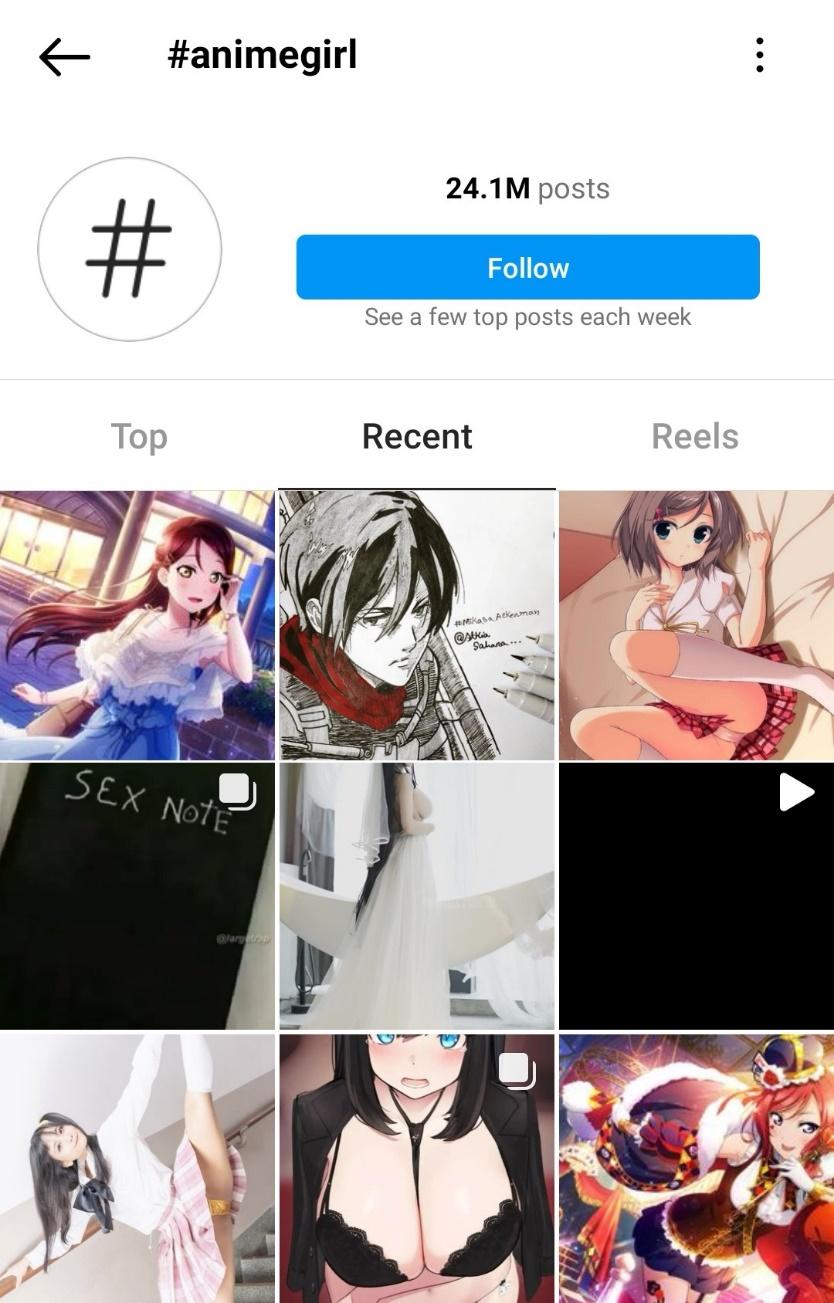 This question resonated further when I looked through their Instagram where a heavily filtered photo is tagged with the hashtag #animegirl. Of course, this seems to be a commentary on the ways in which Asian women are perceived in the Western world and is one that surely resonates with myself as an East Asian woman. But searching through that hashtag (which has more than twenty-four million posts) and seeing various posts of animated women with huge breasts in compromising positions, I wonder if XVK is unintentionally placing themselves for viewing alongside these posts for individuals who might have fetishistic intent and what the repercussions of that might be.

But simultaneously, these things remind us that other audience members exist who may look at XVK’s art and take it for its artifice, fetishizing them in the process. This is not a danger that exists only for XVK, but one that speaks to broader conditions of living as racialized femme-presenting individuals within Western society. Of course, fetishism and sexualization of femininity for East Asian individuals are not exclusive to Western society, but the social conditions in which XVK live under – in which I live under – as East Asian individuals living in Canada are where these Western influences are most prominent. Our negotiations of these identities in the public sphere are subject to the encroaching cultural narratives surrounding gender and race. This tension is at the core of my understanding of XVK’s performance art and I’m not sure that I particularly want it resolved. While XVK does not address these tensions directly, I do not think it necessarily needs to be addressed. Rather, XVK, just as the rest of us, must determine to what extent these larger perceptions matter and how we let them shape ourselves and our art.

I think that there will always be an inevitable draw for diasporic Asian individuals like myself, like my father, like XVK to the music, television, and films created by East Asian artists, even more so now that the Internet has developed in such a way that the dissemination of such media is near instantaneous. Though ‘representation’ is something of a buzzword in recent years, I do find that connecting to Asian media is easier because I can see myself reflected in their faces and perhaps this is the connection that other individuals in the Asian diaspora feel as well. But in the moments where we feel discomforted – by the rampant consumerism, by questionable portrayals of gender and race, by the larger operations of an industry that does not seem to respect its performers – instead of pushing these feelings aside, perhaps it would be better to meditate upon them – just as XVK does.